Growing up in Ibadan, Nigeria, we were never really taught our culture formally in the home environment. It was all around us. In the food that we ate, the language we heard all around us; we were immersed in it. In primary school, we all had to take Yoruba Language and even though we all whined, dozed off or fooled around during the class, I learnt a lot about the richness and complexity of my culture in those classes.

This is something I want for my children too. It is not enough to be able to speak and understand the language, I want them to have a literary appreciation of the language and culture. I was fortunate enough to be exposed to things like Yoruba idioms, similes, onomatopoeia, rhymes, e.t.c  from a very young age. It would be a travesty if my children ended up being one of those “we can understand, but we can’t speak” types. No offence to them. I just feel it would be a great injustice to them.

However, it is a huge struggle! From our colonial past to our people’s inferiority complex towards their own culture and language, a gradual erosion/extinction of culture is afflicting us. Native languages were termed as ‘vernacular’ in most schools  and speaking them outside the Yoruba Language classroom was strictly forbidden! Even worse off are those of us who have to raise our children away from home. The husband and I have to keep reminding each other to speak in our native tongue at home. Sad.  In our current situation, we are the only role models for Yoruba Language/Culture appreciation for our children. So, with that in mind, we are taking a break from all the ‘Old Macdonalds’ and the ‘incy-wincy spiders’. We are learning a Yoruba rhyme/song called “Iya” or “Mother”. (Bit narcissistic? Whatever. 🙂 )

You can probably guess that the last part is my son’s favourite. He loves screaming ” Iya o, Iya o Iya o”!

And here is an attempt at a  translation:

Mother is the carer who looked after me when I was little,

She carried me on her back, well done, dear mother,

I show my appreciation with humility and respect,

I could never refuse any request from her,

The translation sounds very lacklustre and I suppose that supports my argument. A lot gets lost in translation…

P.S: I am on the lookout for some good Yoruba books for preschool children. I welcome any recommendations. 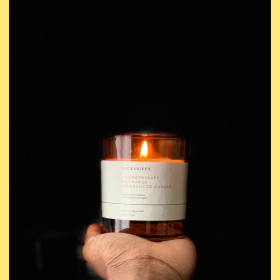